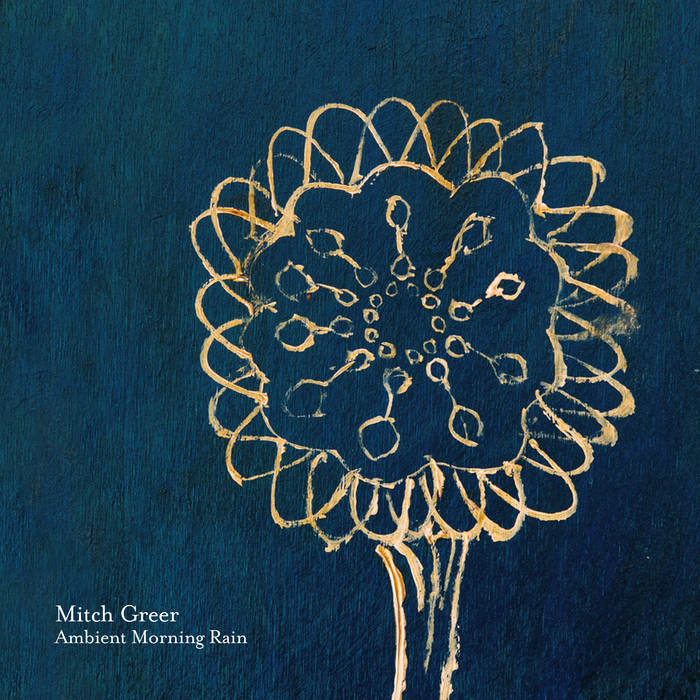 Soft reverie of a morning rainstorm, as imagined through two ambient harp investigations. Starting on quiet city streets, the collection moves through the sounds of an early rainstorm, culminating in a warm interior of a kitchen window on a meditation of morning light.


Mitch Greer is an intermedia artist, designer, and filmmaker living and working in Berkeley, CA. Inspired by science fiction, fairy tales, and myth, Greer explores the shared space between the mystical, imagined, and scientific aspects of the contemporary world. Working under the name International Corporation, Greer designs and produces multimedia and sound works independently and also in collaboration with Rachel Smith. The duo performed and exhibited as The Lickets at the Olympia Experimental Music Festival in 2009, at Issue Project Room in New York in 2010, Garden of Memory at the Chapel of the Chimes in 2016 and KZSU Stanford’s Day of Noise 2011, 2013, 2014, 2015, 2016 and 2017. Greer has exhibited internationally since 2013. As an indie comic artist, Greer has been making experimental comic zines distributed throughout Berkeley, Oakland, and San Francisco since 2014. Greer was born in Texas in 1977 and studied art at the School of the Art Institute of Chicago, the San Francisco Art Institute, and California College of the Arts.

"I am interested in alternative states of art-making, non-objective ideation and processes of envisioning like that of dream and memory. My explorations of these intersecting cognitive states are influenced by mythological, narrative, folk, spiritual, popular and religious traditions of art. My early instinct to create things came from the influence of popular animated films and the state of disruption and disreality these films had in anonymous suburban culture. Later I developed an interest in flow-states, stream of consciousness and intuition that manifested into drawings and collage. I subsequently began to make films, recordings, paintings, sculpture and design in both analog and digital media. I still find the instinct for art-making comes from states similar to my early experiences of making and I question the idea that there is a significant difference between them and the formal requirements of contemporary media".